How to Use Virtual Reality in Corporate Communications

For the past couple of years, virtual reality (VR) and augmented reality (AR) have excitingly risen in prominence. From the use of virtual reality in corporate communications, to the groundbreaking success of games like Pokemon Go, there are clear signs that we’re all ready for these technologies.

What this means for internal communications professionals trying to close the gap between the official message and their employees is that virtual reality represents yet another tool that shouldn’t be ignored.

Augmented reality is a live view overlaid with information. For instance, the successful Pokemon Go app introduces virtual Pokemon into your reality via your phone. Mobile apps such as Calorie Counter and Fooducate offer this kind of capability right now as well.

Virtual reality offers a different, more immersive and engaging experience. With the use of VR headsets or goggles an individual is instantly transported and submerged into a 360 experience, whether it’s the top of Mount Kilimanjaro or a tour of the new office without leaving their home.

Use cases for the technology are by no means limited to gaming and entertainment: a 2015 study revealed that 75% of the world’s most valuable brands have already created a VR or AR experience!

As virtual reality becomes more and more commonplace in the workplace, such technology will provide communicators with the ability to really connect with their employees, no matter how far they may be. Let’s see how some of the most innovative companies are using this technology already.

“We like to think of the Lab as the place where big ideas are allowed to happen,” says Joe Sinisi, assistant vice president of the Future of Retail team. “Collaboration has always been at the heart of our relationship with our retailers, this room just takes it to a whole other level.”

Virtual reality technology enables L’Oréal to bring the store to different parts of their retail team, whether it’s the local Walmart or a different branch in Hong Kong.

By applying a business methodology and a focus on growing their relationships in the beauty industry, L’Oréal is “utilizing VR for everything from future store concepts to qualitative packaging tests. Immersive virtual technology enables L’Oréal designers to get a true feeling for products, shelves, and store layouts before development ever begins.” 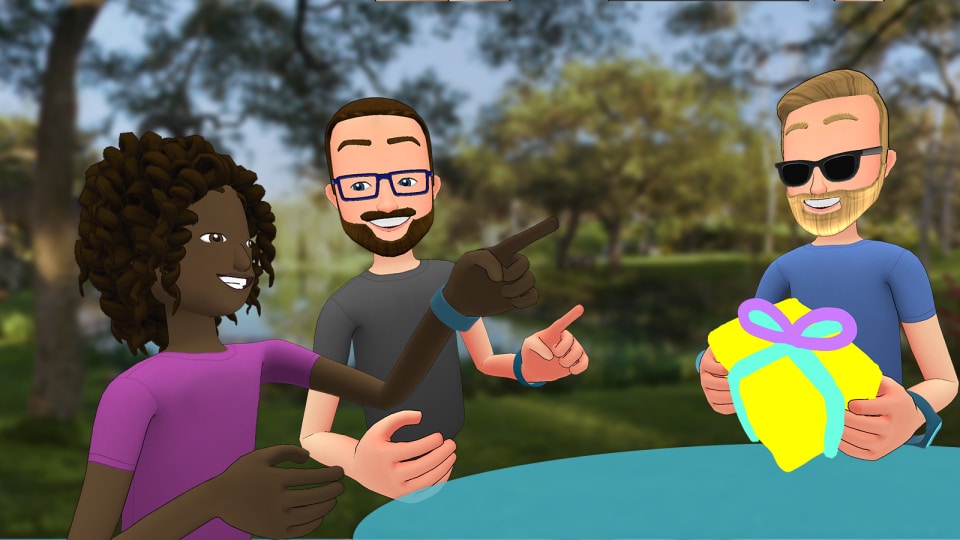 While right now all avatars are animated cartoons, Facebook has been working towards making the avatars more realistic. Imagine joining a virtual reality meeting when you’re working from home or you’re traveling–employee engagement would go through the roof!

3) Creative Applications of VR in Communications

When communicating a message, the medium – a pamphlet, video, website or social media, for example – depends on the goal.

According to PwC, one of the defining features of virtual reality is “its ability to engage the user in a completely new environment, whether it’s true-to-life or completely fantastical.” This never seen before depth of immersion can generate greater engagement and empathy when compared to other media.

VR works well in creative communications for situations that require the audience to experience the impact of a particular situation, really immersing themselves in the new environment.

How an Expert Used Technology to Bring Together 1000s

While working for an airport, Advita once received the challenge of moving 11,500 employees to a new car park within a span of 3 months. All the employees worked across 200 different businesses so making them understand why this move was vital was a real challenge.

Advita suggested the idea of introducing virtual reality to communicate to all the businesses what the future of the airport would look like.

Introducing goggles and a storyboard, Advita and her colleagues were able to sell the idea effectively using virtual reality to all the stakeholders involved.

Moral of the story: don’t be afraid to get super-creative in order to solve a problem that appears to be unsolvable. You just need to channel that inner rebel to come up with an out of the box solution

How the New York Times Took Its Readers to Mars

Some of the most popular journalistic outlets are taking advantage of this. For example, a 2017 New York Times piece, “Life on Mars,” included a series of 360 degree videos enabling readers to explore the “Mars-like conditions” during a NASA-funded study. The Guardian also published a number of pieces employing virtual reality and has created a “Guardian VR app,” which readers can use to readily access virtual reality journalistic content.

It might be time for internal communications pros to consider taking advantage of this new, exciting technology!

Fortunately, in conversations with clients and partners, we’ve noticed that internal communicators are super open to embracing new technology. From responsive newsletters, and drag-and-drop email template builders, to social reactions and surveys, internal comms pros tend to be open to adopting new technology.

About the Author: Ali Rodriguez

My name is Ali Rodriguez, a content marketing specialist, strategist, and storyteller based in Toronto. For the past 4 years I’ve spent my time generating content, stories, and marketing strategies for B2B businesses and different online publications.